Can Self-Driving Be Self-Sustaining?

Can Self-Driving Be Self-Sustaining?

Autonomous technologies might revolutionize driving — but only if their promise can be reconciled with the bitter realities of the car business.

The automobile has shaped society for over a century, spawning suburbs and highway systems, fueling the massive petroleum industry and influencing foreign policy. For most of that time, a car’s motive power and directional inputs came from its driver’s hands and feet. But times are changing. Autonomous vehicles (AVs) have the potential to displace human-piloted cars and trucks, making the movement of people and goods more efficient and less detrimental to the environment. At scale,
autonomous fleets could completely transform the rules of the road.

Of course, if you’ve been following AVs’ slow, rutted path to adoption, this was all supposed to happen years ago. And recent events, including the abrupt shuttering of an industry-leading AV company, Argo AI, in October, demonstrate that autonomy is hitting some big roadblocks. This raises fundamental questions not only about when a fully autonomous future may be realized, but how. And though there seems to be two avenues for AV innovators to travel, only one appears to be open.

With self-driving cars, many automakers have promised the moon but have failed to deliver. Tesla, General Motors, Waymo, and Honda all missed self-imposed deadlines to have AVs operating at scale on public roads by 2020.

In the florid parlance of market research firms, AVs have been stuck in a “Trough of Disillusionment.” The Gartner Hype Cycle technology-adoption curve defines this trough as a critical point where new innovation “does not live up to its overinflated expectations, [and] it rapidly becomes unfashionable." From here, new innovations either progress or fail. The research holds that new technologies go through four phases: the Innovation Trigger, Peak of Inflated Expectations, Trough of Disillusionment, and the Slope of Enlightenment, before hitting the hallowed Plateau of Productivity, when “the real-world benefits of the innovation are demonstrated and accepted.” 1

A Failed Bet on Partnerships

Argo AI, one of the most respected and well-capitalized AV startups, received a $1 billion investment from Ford at the beginning of 2017 when the firm was less than one year old. In 2020, Volkswagen separately disclosed a $2.6 billion investment, and began working with the team on vehicle co-development projects. As these alliances demonstrate, Argo AI’s business model was built on partnerships with the incumbents.

Argo AI relied on these automakers and other household name brands to leverage its technologies, either wholly or in part, and develop ride-sharing or delivery service models off of them. Though Argo AI’s approach led to small-scale testing successes (Domino’s pizza deliveries in Miami, for example), it was never proven out at scale. Competitors like Alphabet’s Waymo and Amazon’s Zoox, meanwhile, have not relied on partnerships, instead looking to their parent organizations for their mandates and their money.

Abruptly and surprisingly, Argo AI shuttered in October when Ford and VW pulled their funding. Swept up in the fallout, competitors rushed to reassure markets and their investors that Argo AI’s demise was not a referendum on AVs’ viability. But little could combat the counterpoints fired by some of the most powerful voices in the industry. Jim Farley, CEO of Ford Motor, said on a Q3 earnings call that it was redeploying its Argo AI investment toward nearer-term autonomous technologies that it viewed as more commercially viable. “It's estimated that more than a hundred billion has been invested in the promise of level four autonomy,” he said during the call, referencing the level at which a vehicle can operate without human intervention – precisely the bleeding edge where Argo AI had staked its entire business. “And yet no one has defined a profitable business model at scale.”

Blame it on short-termism or a lack of conviction, but Ford, VW, and other automakers are answerable to shareholders who may not take such a sanguine view of self-driving cars, particularly amid a protracted computer chip shortage and signs of global recession. The question becomes, did Argo AI just pick the wrong partners, or is partnership itself the problem? 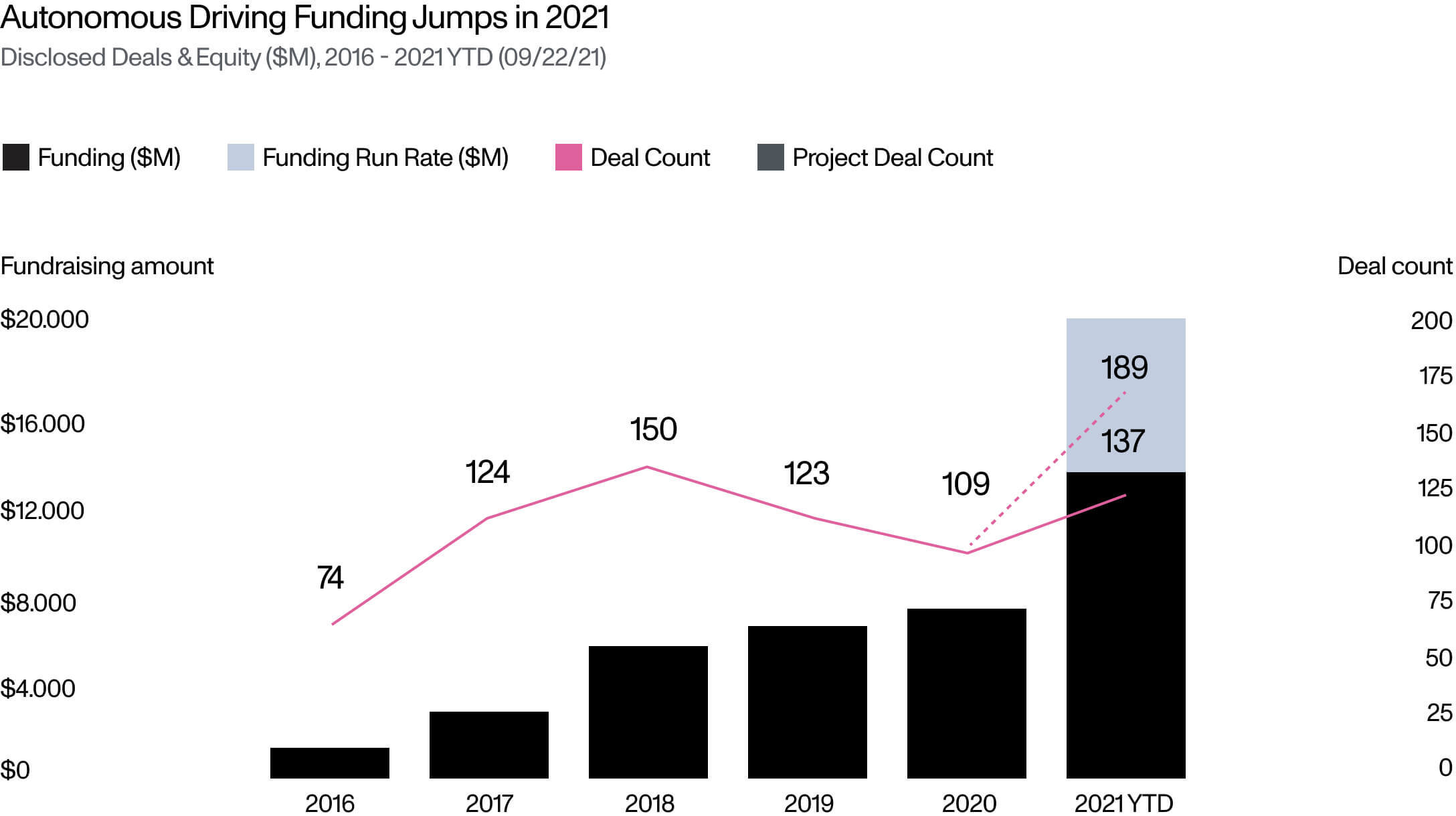 Argo AI’s Autonomy Platform was a comprehensive product suite that included software, hardware, HD maps, and the backend communication and logistics support necessary to power full-service self-driving operations at scale. Robust though it may have been, the platform needed vehicles on which to run — and for that Argo AI needed partners. That’s why Ford and VW were so vital to realizing the startup’s Level 4 autonomy ambitions.

In contrast, Tesla Motors has been the Apple-like walled garden of the AV world, developing proprietary hardware and software to support its own vehicle fleet. The centerpiece of its strategy is the controversial Full Self Driving (FSD) capability, which has been blamed for several fatal crashes. Tesla has about 2.5 million cars on the road worldwide, harvesting data and creating “knowledge” of their surroundings for other Teslas to reference as they pass over those same roadways. Some analysts say Tesla’s lead on AV tech is unassailable, and Elon Musk’s pledge to license FSD to outside manufacturers may be the biggest existential threat to would-be usurpers.

Even as the US government reportedly conducts a criminal investigation into crashes involving FSD and its famous feature suite, Autopilot, Tesla’s notoriously volatile stock may be down but it hasn’t cratered. This relative stability can be seen as proof that the market has already priced in the potential ramifications of such legal actions. By literally moving fast and (allegedly) breaking things, Tesla may have shown the industry the only viable way forward for AV technology.

Though AV technology is nascent, that hasn’t stopped a number of blue-chip brands from racing to explore its real-world applications.

Before shuttering, Argo AI partnered with Walmart to test a modular approach to delivery systems and services. In a city with multiple Walmart locations, fleet managers could tap different capabilities of the Argo Autonomy Platform. Suddenly, with a more pinpoint view of the transportation logistics system, rebalancing inventory within nearby stores became possible. Of course, there’s also the matter of the national shortage of truck drivers; an autonomy system would obviate the need to staff up, especially amid seasonal surges. Hyundai-backed Motional, meanwhile, has partnered with Uber to develop autonomous delivery fleets for the Uber Eats service. Tech-festooned Hyundai IONIQ 5 hatchbacks began plying the streets of Santa Monica, California, last May.

Granted, it’s one thing to drop off cardboard boxes and pizzas, quite another to drop off passengers. Yet even if people are not ready to hop aboard the AV hype train, big brands have proven they’re more than willing. For AV developers and the brands they partner with, that early adoption may signal a boon to customer service down the road.

The promise of AV technology is not, of course, limited just to the vehicles that carry it. Customer experience is also along for the ride.

Setting aside their potential public safety and environmental benefits, AVs’ clear mission and mandate is to reduce friction between brand and customer. Think about how a 5G provider positions itself. The telecom doesn’t create the immersive fan experience or the technology to perform remote surgeries with pinpoint accuracy, but it makes it possible. Similarly, AV firms positioned themselves as drivers of an autonomy-fueled revolution in customer service.

And therein lies the promise of profit.

GM CEO Mary Barra says Cruise could eventually generate $50 billion a year in revenue from ridesharing and other services “by 2030.” Leadership that’s committed to the cause – and that helps shareholders stomach billion-dollar writedowns year after year – may be the difference-maker in the AV stakes. But Motional, Waymo and Zoox are also vying for a slice of this revenue that has yet to materialize. The question becomes, is Argo AI an isolated case or a cautionary tale?

Despite losing its backers, Argo AI was broadly respected. Its technology showed promise. Its leadership was approachable and deeply knowledgeable. The company also made a point to foreground safety — both for passengers and other road users. However, folding the same week that news broke of an alleged US government probe into claims of crashes stemming from use of Tesla’s Autopilot and FSD capabilities clearly sends a chilling effect through the field.

Where does the AV industry go from here? At the moment, nowhere fast.

Doug Newcomb is a mobility reporter for Automotive News.